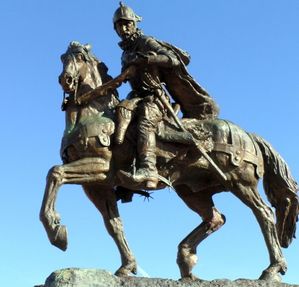 The Fragile Statues Of Whiteness
Huffington Post, Aug 21, 2017
"America was an invention,
built upon the theft of indigenous property.
Like the blood coursing through our veins,
we will not find a “pure” America,
nor a “white” America."
To read the full article, press ﻿HERE﻿. 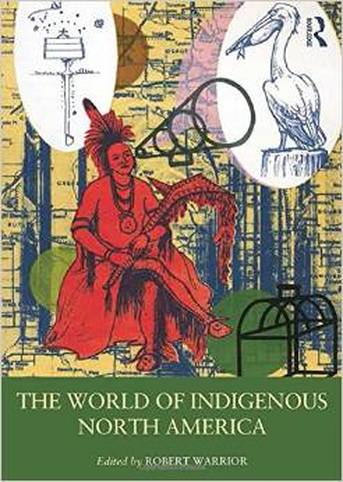 In the Spring of 2015, David Shorter had two of his essays included in the "landmark" collection of essays, The World of Indigenous Native America, Edited by Robert Warrior.

Leading the section on "Geographies," Shorter co-wrote with Yoeme author, Felipe Molina, a piece grounded in Yaqui (Yoeme) performative cartography that hypothesizes how indigenous mapping practices often extend beyond the confines of literate notation, or writing.

In the book's final, more broadly theoretical section entitled, "A Complex, Modern World," Shorter's essay on "Sexuality" asks readers to imagine how sexuality and power are parallel if not coordinated among some indigenous people.  The essay queries theoretical approaches to indigenous sexuality studies and asks the fundamental question of how we might want to decolonize our desires.

The book is available for purchase by clicking the book's cover image here. Considering asking your local libraries to purchase the text in order to provide your community with an invaluable resource written by contemporary scholars working within Indigenous Studies.

A guest essay for The Tenured Radical

". . . who goes into academia to make money, right? As I was told by senior scholars when I started out, “You write a book to get tenure, not to earn a profit from that book.”  (Click on the image to read the full piece).

"Forgive me father for I have sinned: it has been seventeen years since I began studying anthropology."

"The essay details how, in Yoeme deer dancing, community members demonstrate collective identity as well as ontological and epistemological sensibilities. Additionally, it re-assesses the ethnohistoric utility of the term “conversion” when writing about colonial and missionary contact zones."

"How Do You Say 'Search Engine' in Your Language?": Translating Indigenous World View into Digital Ethnographies." Journal of the World Anthropologies Network 1:2 (2006), 109-113.

"In this paper, I want to address these two issues. How do indigenous groups, often living in sub-poverty conditions, want to use the globalizing technologies of the internet? How do they understand their place in the word wide web? Then, how do they make a place for themselves in this virtual world?"

"As the written interpretation of culture, ethnography has been and continues to be shaped by hermeneutical assumptions and criticisms. The use of the term ‘supernatural’ in anthropological literature evidences a way of seeing the world that often, if not always, reflects historically situated, particularly ‘modernist’, approaches to understanding culture, especially the cultures of non-Western peoples."

"As other contributors have noted in this volume, the word 'nature' has no direct translation in Yoeme; nor can we directly translate 'religion.'"